Event Report: Do You See What I See?

March 31, 2018 - The Zista Arts Society in Toronto held a group art exhibition entitled "Do You See What I See?" at the Super Wonder Gallery. Curated by Nimisha Bhanot, Rungh asked Aneesha Dev to provide an event report. Thank you to all. 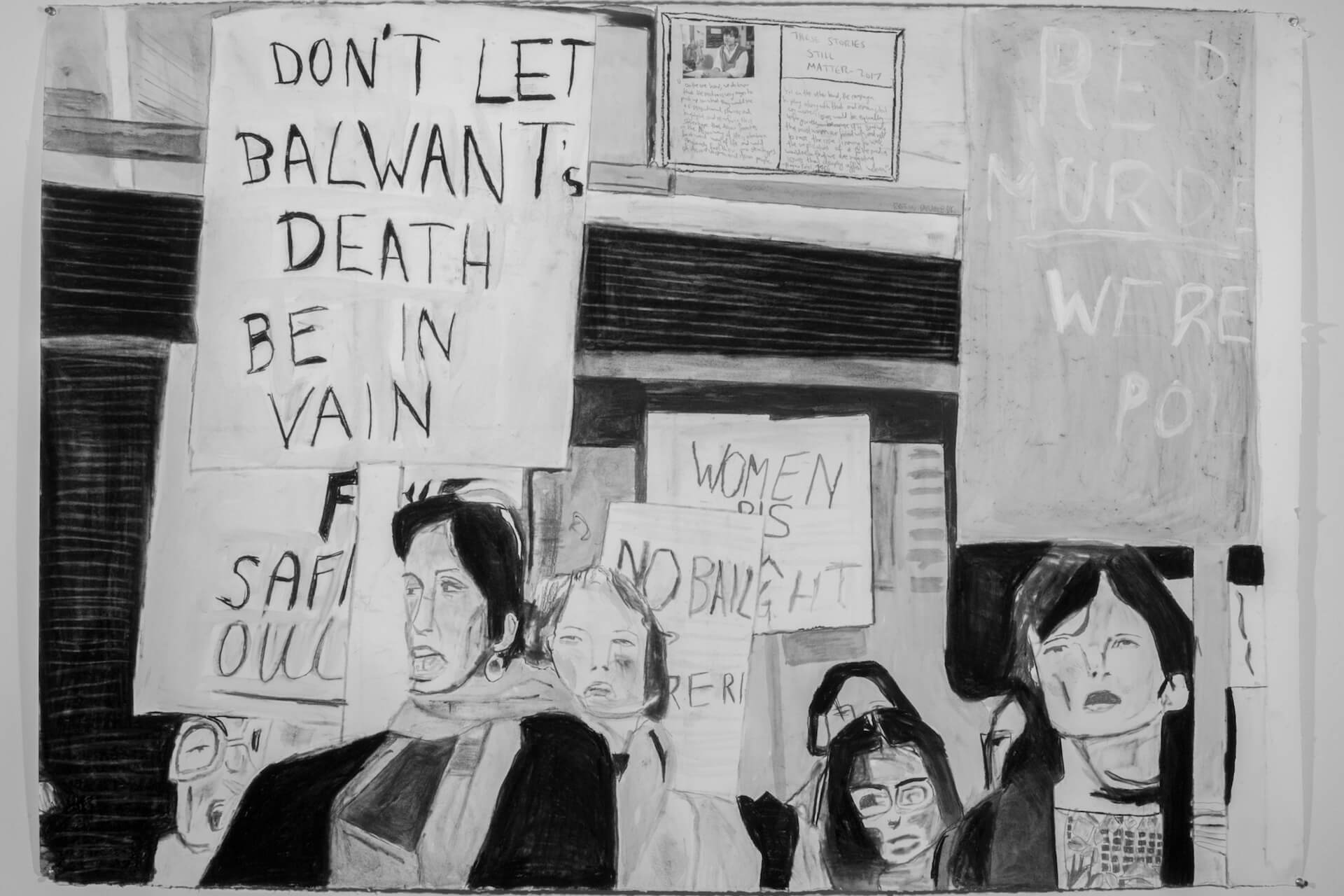 "Do You See What I See?" was a group exhibition featuring 11 South Asian Canadian artists, whose artwork challenged the societal role of South Asian women from various perspectives, as a reflection of the contemporary feminist movement in art. Themes included gender violence, immigration, mental health, sexual taboos, and dowry.

The idea for this show came to be when Zista Arts Society – a Toronto-based non-profit organization that supports and features contemporary South Asian art – combined efforts with local artist and curator of the show, Nimisha Bhanot. We talked about the lack of representation of South Asian feminist art, and how we could work together to change that. 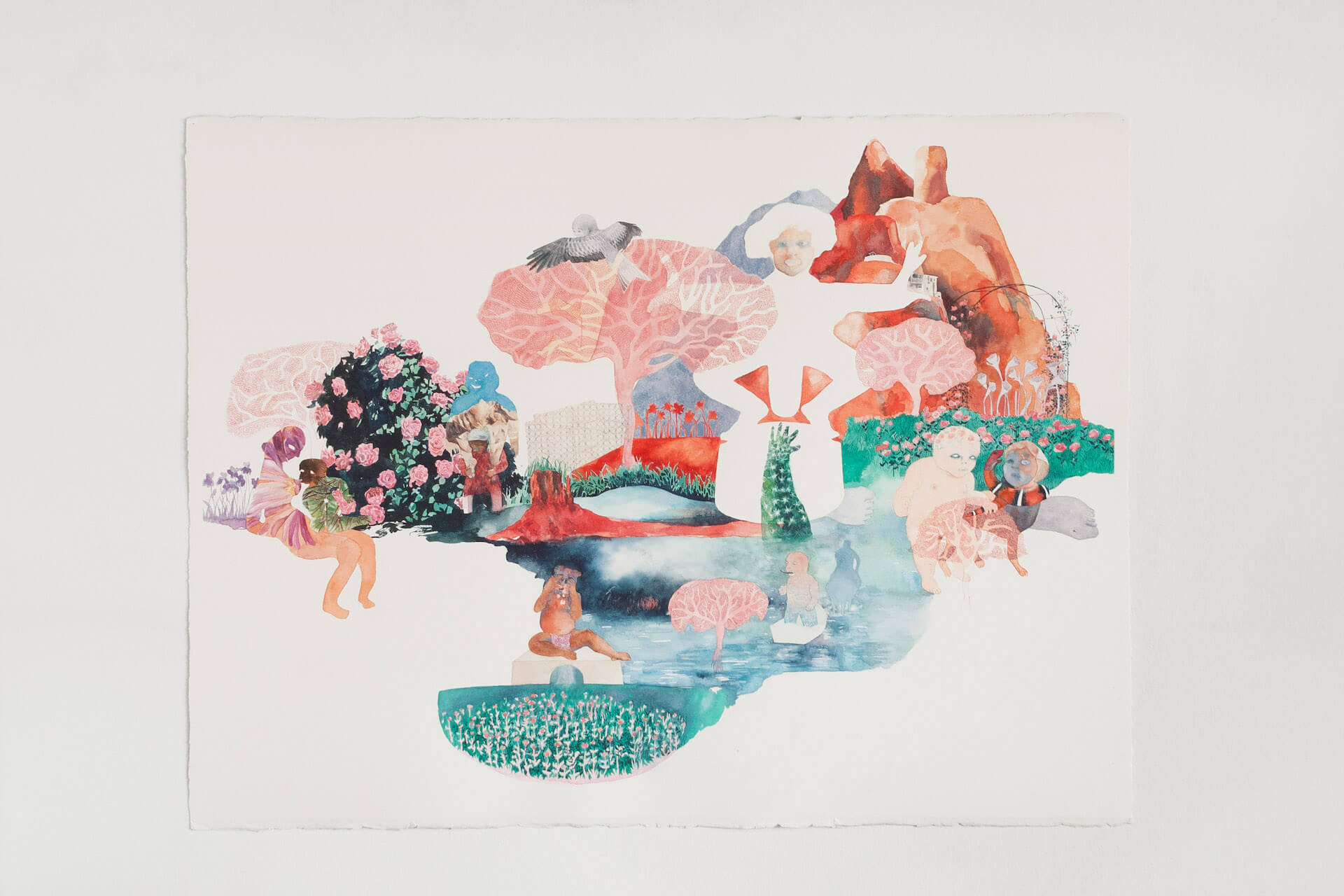 "The Baby Conundrum" by Sara Khan

Our main goal was to showcase feminist art by local, emerging South Asian artists. For Zista, it was our first attempt at an art show, so we expected it to involve hard work, communication, and organization. We expected to learn about contemporary South Asian art, about being a South Asian artist, and all its challenges. that go along with that.

On March 23, 2018, DYSWIS opened at the Super Wonder Gallery, in the heart of downtown Toronto. On opening night, the attendance was far beyond what we had anticipated. The gallery was buzzing: guests were smiling, laughing, appreciating, enjoying, and emanating positive energy all around. The art work was captivating and selling off the walls non-stop.

On the second and last day of the show, there was an artist panel led by Nimisha Bhanot, and featuring Pranavi Suthagar, Zahra Siddiqui and Sandeep Johal. They talked about the hurdles of being female South Asian artists, and how difficult it is to be seen and heard in the art world. They talked about being conflicted about showing a vulnerable side of themselves through their art, while also being repeatedly drawn to art as a form of expression. They talked about how meeting other artists in their position through DYSWIS helped them feel more comfortable in their own skin, and in their own art.

We were overwhelmed by all the positive feedback we received for doing a South Asian feminist art show, simply because it hasn't been done often enough. We were humbled by everyone who told us how much this show meant to them, how much it was needed, and how many people it inspired. 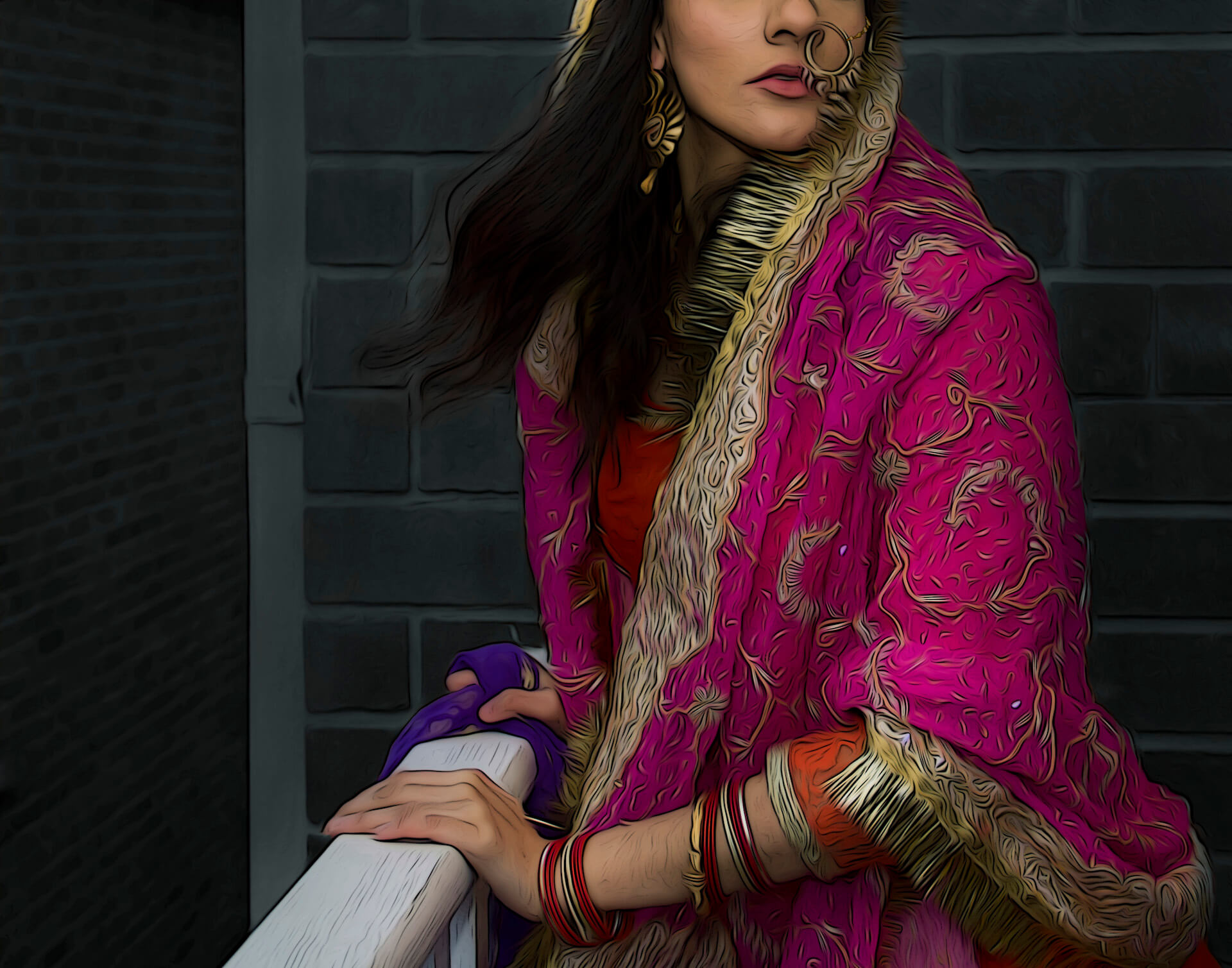 Zista Arts Society is made up of a group of people who have an appreciation for South Asian art and culture; most of us are artists ourselves. We have made it our mission to seek out and recognize local, emerging South Asian artists, to produce events that are compelling representations of the creativity and collaboration occurring in our dynamic, ever-changing community.

Many of us born in Canada with a South Asian heritage, often feel like we're caught between two cultures, two identities, and we struggle with that confusion, that dichotomy. Many artists express that in their works, and Zista creates a platform for those voices, so we can facilitate access between the artists' creations and potential audiences, whilst bringing the South Asian community closer together. 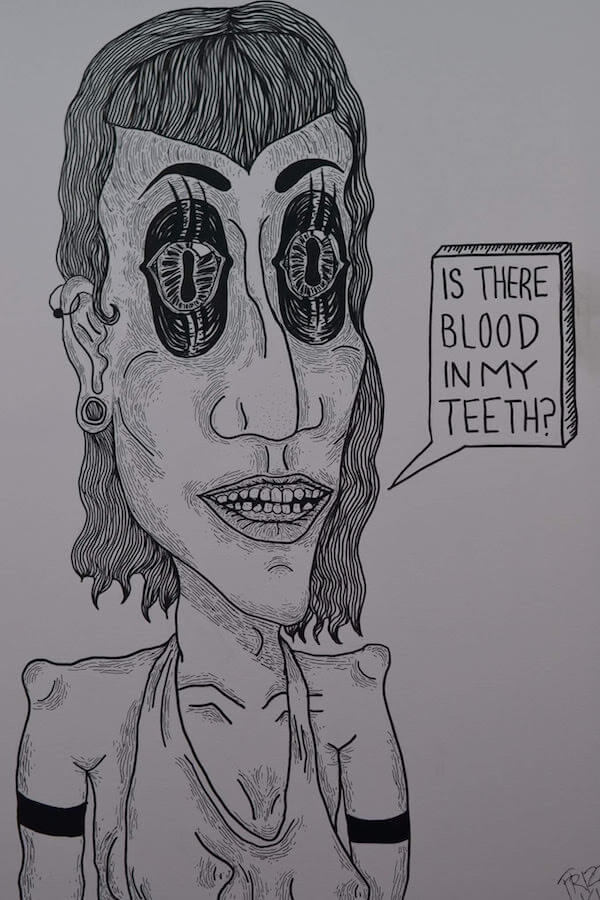 "Do I Have Blood in my Teeth" by Hana Shafi

When we first started working on this show, we were in over our heads, and had no idea what kind of response we would get. It took a lot of trust between Zista and Nimisha, between Nimisha and the artists, between the artists and Zista. It took different views, personalities and ideas coming together and working towards a common goal, while allowing all those visions come to life. It took almost a year of talks, persistence, meetings, discussions, emails, phone calls and checklists. Mostly, it took a lot of heart.

DYSWIS surpassed our wildest expectations, which just goes to show that there is nothing stronger than people coming together; than working to help one another. Communities thrive when their members are open and willing to unite and support each other, regardless of differences. When we feel connected, we feel accepted.

Zista didn't realize the show we were putting together with Nimisha was as important as it turned out to be. We are grateful to the members of the Toronto arts community who understood what we were trying to do and agreed to collaborate with us for this show. To all of the artists who participated in DYSWIS – Cherry Kutti, Jagdeep Raina, Sara Khan, Sandeep Johal, Zahra Siddiqui, Nimisha Bhanot, Hana Shafi, Angela Aujla, Anoop Caur, Pranavi Suthagar and Baljit Singh – thank you for being a part of this groundbreaking event and taking us along on your journey.